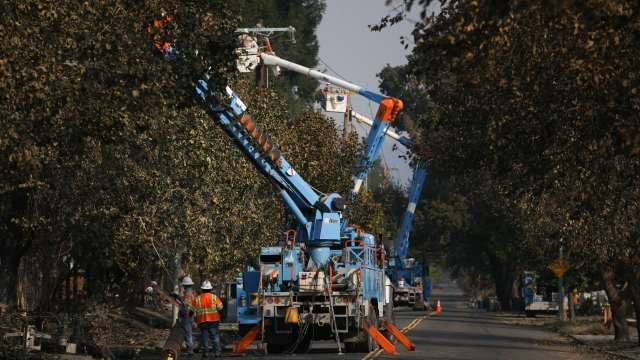 In a report filed with the U.S. Securities and Exchange Commission on Monday, PG&E said the decision is "appropriate, necessary and in the best interests" for its stakeholders, creditors and shareholders.

The company faces possible liabilities regarding a number of major wildfires, including the deadly Camp Fire. Bankruptcy financing would let PG&E continue operating while moving through bankruptcy proceedings.

Cal Fire has accused the utility company of breaking public resource codes and health and safety laws in at least a dozen fires from 2017. The agency is also investigating PG&E for playing a possible role in the deadly Camp Fire that left 86 people dead and scorched over 18,000 buildings. It was the deadliest in the state's history.

California's state attorney general has previously said the company could be charged with murder or lesser charges related to 2018's Camp Fire and a number of fires in 2017.