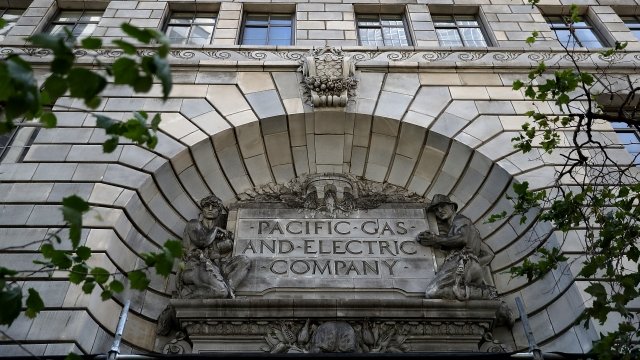 By Katie Cammarata
November 14, 2018
The complaint claims PG&E was negligent in maintaining its infrastructure and equipment.
SHOW TRANSCRIPT

Several victims of California's deadliest and most destructive fire on record are suing the Pacific Gas & Electric Company.

A group of lawyers representing multiple people who have lost their homes to the Camp Fire filed the lawsuit with the San Francisco County Superior Court on Tuesday. The complaint claims PG&E was negligent in maintaining its infrastructure and equipment, and it says the company's "inexcusable behavior contributed to the cause of the Camp Fire."

While officials don't know the cause of the fire, PG&E reportedly told regulators last week that it had a problem with a power line in the area where the fire started.

Earlier this year, a report from California's Department of Forestry and Fire Protection linked some of the state's deadly fires last October to PG&E's power lines.

The utility company told Newsy it is aware of lawsuits regarding the Camp Fire, but right now its "primary focus is on the communities, supporting first responders" and getting crews in place to restore gas and electricity.