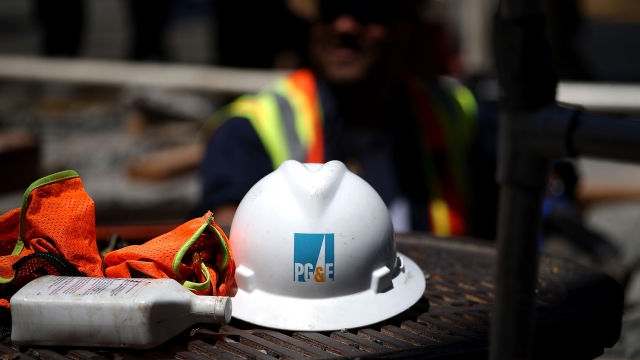 A major utility company shut down power to several Northern California communities on Saturday. That includes two communities that were hit in the 2018 Camp Fire.

Cal Fire investigators said in May that power lines owned by Pacific Gas & Electric started the Camp Fire. The fire killed 85 people, and officials say it's the deadliest and most destructive fire in California history. It burned more than 150,000 acres and destroyed more than 18,000 structures.

The preventative shut-offs announced by PG&E are part of new guidelines created for when fire conditions seem likely.

Analysts previously estimated the utility company could face tens of billions of dollars in damages for its role in a number of major wildfires in 2017 and 2018. It filed for Chapter 11 bankruptcy protection in January.

PG&E opened a community resource center on Sunday to support customers affected by the blackouts. The center has electronic charging stations, air conditioning and bottled water.