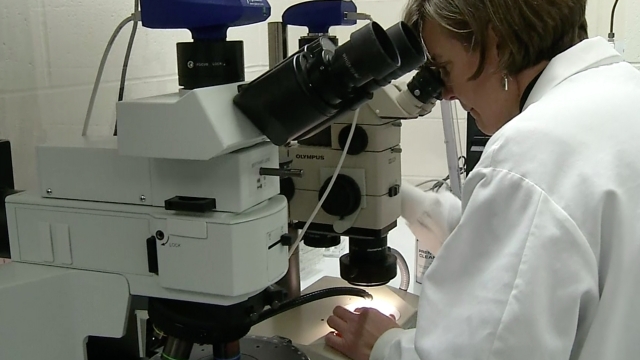 Early data from drugmaker Pfizer’s late stage COVID-19 vaccine clinical trial shows it worked in about 90% of patients. That’s much higher than the 60 to 70% health experts had predicted.

"Ninety percent is a game-changer. Now we're hoping to have a tool in your war against this pandemic that would be significantly effective," Pfizer CEO Albert Bourla said.

The shot works by using messenger RNA — a new technology that uses a coronavirus protein to trigger an immune response. Pfizer’s vaccine is administered via an initial shot and then a booster three weeks later. So far, over 43,000 volunteers, some as young as 12 years old, have gotten either the vaccine or placebo. Pfizer says the first 94 coronavirus infections among the group were mostly in people who had been given a dummy shot.

FDA rules say companies can’t file for an emergency use authorization to distribute the vaccine until half of the patients in their study have been observed for any safety issues for at least two months following their second dose.

Pfizer expects that will come by the third week of November. Its CEO says so far, the vaccine has shown no safety problems and manufacturing is underway. They plan to make up to 50 million doses globally this year, promising the vaccine will be available for free to American citizens.

But vaccine researchers and public health experts say a vaccine approval doesn’t save us immediately from COVID. Many Americans aren’t sure if they’d get an approved vaccine. And distribution of any vaccine would be rationed at first.