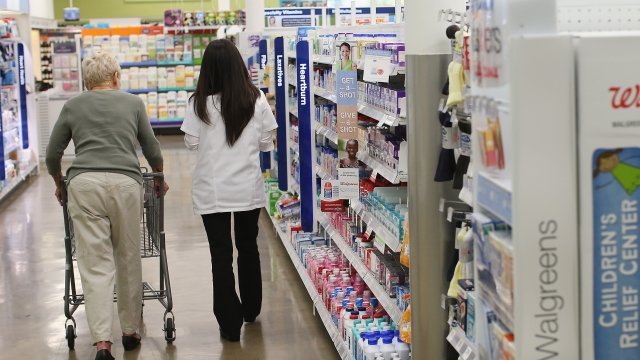 Two of the pharmaceutical industry's biggest players are combining some of their forces.

Pfizer and GlaxoSmithKline announced Wednesday they're merging their consumer health care divisions, which are responsible for over-the-counter drugs.

The joint venture will bring OTC brands like Pfizer's Advil and Emergen-C together with GlaxoSmithKline's Excedrin and Nicorette.

According to the companies, the deal will create the largest consumer health care business in the world. For some perspective, those divisions' global sales totaled about $12.7 billion in 2017.

Experts say this deal is just another example of the way big pharma is adjusting to the changing scope of the health care landscape. Most recently, CVS announced the completion of its acquisition of health insurance company Aetna.

In addition to this merger, GSK announced it plans to split in two. One part will focus on consumer health care, while the other will focus on prescription medicine and vaccines.

The deal is still subject to shareholder approval, but is expected to close in the second half of 2019.