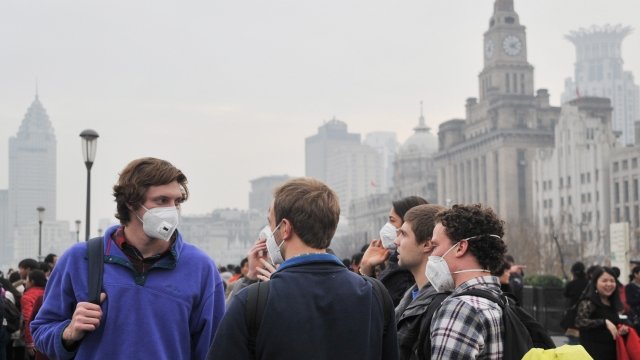 SMS
Soap And Paint Can Be As Bad For The Air As Car Exhaust
By Evan Thomas
By Evan Thomas
February 15, 2018
A new study finds petroleum products like lotion and pesticide are responsible for as much air pollution as motor vehicles.
SHOW TRANSCRIPT

Fighting smog and pollution isn't just about reducing emissions from cars and trucks. New research shows petroleum-based products, like soap and paint, contribute just as much to air pollution as a city's motor vehicles do.

Researchers studying air quality over Los Angeles found there was more pollution in the air than vehicle emissions should cause. Their work showed other consumer products were causing at least twice as much pollution as previously thought.

But only 5 percent of petroleum gets refined into consumer products; 95 percent goes to fuel production. By weight, people use 15 times more fuel than pesticides or lotions. What makes them so potent?

While the compounds in gasoline are burned for fuel, researchers say some consumer products, like perfume, are "literally designed to evaporate." They go straight into the air.

They react with sunlight to form ozone that damages the lungs. Between that and the particle smog from tailpipes, the World Health Organization lists air pollution as the world's single largest health risk. 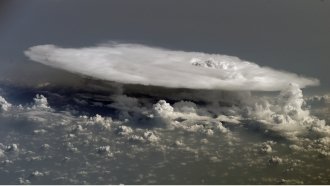 For what it's worth, modern vehicle regulations have worked so well that scientists can measure the decline in pollution and the health benefits that come with it. They say we could address pollution from other petroleum products the same way.