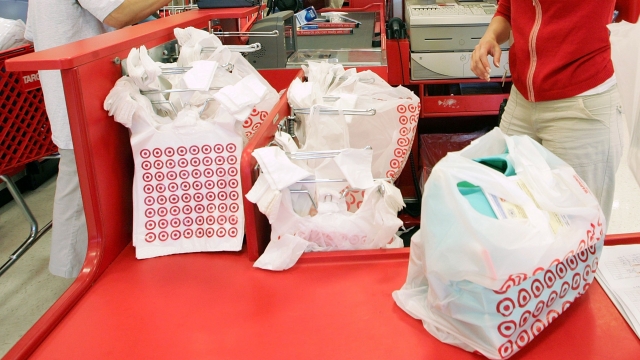 A group of Target customers is asking the company to stop using plastic bags. Their petition already has almost 500,000 signatures.

Theresa Carter, the petition organizer, and other Target shoppers plan to deliver pages of more than 455,000 signatures to Target's headquarters in Minneapolis on Thursday. Target has more than 1,800 stores across the country.

The petition says "Target's plastic bags are choking the earth."

A Target spokeswoman told the Associated Press the company has already taken action to reduce its use of plastic. She says the company uses plastic bags that are made with 40% recycled content.

She said: "Target teams across the business are working to eliminate, reduce and find alternatives for plastics in our products, packaging and operations."

In 2016, California became the first state to ban single-use plastic bags at large retail stores. New York is following in its footsteps and will ban most kinds of plastic bags from retailers next March.