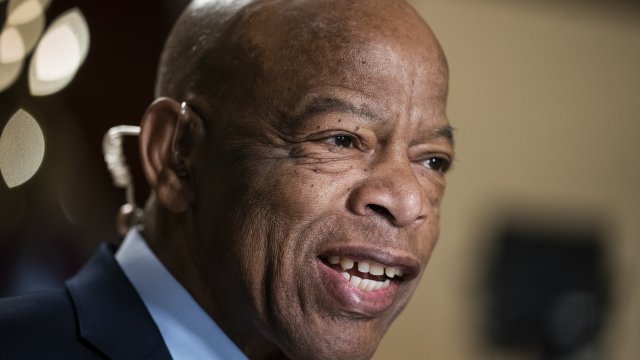 Name of former KKK leader Edmund Pettus would be replaced by Rep. John Lewis, who was injured crossing the span during a civil rights march in 1965.

A petition calling for the renaming of the Edmund Pettus Bridge in Selma, Alabama to honor congressman and civil rights leader John Lewis has garnered more than 100,000 signatures and counting.

In the description of the petition, political strategist Michael Starr Hopkins writes, "It's far past time to rename the Edmund Pettus Bridge after Rep. John Lewis, a civil rights icon that nearly gave his life on that bridge. Edmund Pettus was a bitter racist, undeserving of the honor bestowed upon him. As we wipe away this country's long stain of bigotry, we must also wipe away the names of men like Edmund Pettus."

In 1965, Lewis suffered a fractured skull while trying to march across the bridge from Selma to the Alabama capital in Montgomery. Lewis, along with other civil rights leaders and demonstrators, were marching against voter suppression of African Americans when they were attacked by law enforcement and others.

The petition to replace the name of Edmund Pettus, who was a Confederate general and Ku Klux Klan leader, comes as demonstrators nationwide protest racial injustice and police brutality. These demonstrations include calls to remove symbols, such as statues, representing the Confederacy and oppression.