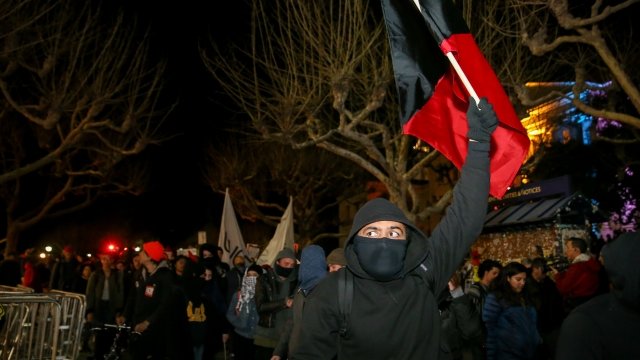 By Jake Jones
August 22, 2017
"Antifa" is commonly considered to be part of the far-left, a group Trump said was partially responsible for violence in Charlottesville, Virginia.
SHOW TRANSCRIPT

More than 250,000 people have signed a petition calling on the White House to label "antifa" as a terrorist organization. It's one group President Donald Trump seemed to say was also to blame for violence in Charlottesville, Virginia.

"Antifa," shorthand for "anti-fascist" or "anti-fascist action," is often a mix of far-left ideologies — communists, socialists, anarchists, and so on — with one unifying goal: to fight back against fascists and neo-Nazis "by any means necessary."

Groups that identify as "antifa" have been called "hard-left," since they generally oppose more centrist liberal policies or agendas. They use tactics like brute force and "direct action" to combat groups that they see as condoning racism, sexism, or other forms of oppression.

A common tactic of "antifa" is the "black bloc." That's when a group of "antifa" don all black — including some type of face covering, like masks or sunglasses. They then either push back against "alt-right" demonstrators — like we saw in Charlottesville and back in Berkeley, California — or disrupt an event and damage property, like on Trump's Inauguration Day.

"Antifa" groups first popped up in response to Italian fascist Benito Mussolini and the National Socialist German Workers' Party — aka the Nazis — in Germany. In the U.S., anti-fascism grew as a response to the rapid growth of racist groups, like the Ku Klux Klan, in the 1980s. More recently, "antifa" interest has spiked with Trump's election. Popular anti-fascist website It's Going Down has seen a huge jump in traffic in the last year.

The petition has gained more than 250,000 signatures in just a few days. It argues that terrorism is "the use of violence and intimidation in pursuit of political aims" and blames the group for violence against police officers. 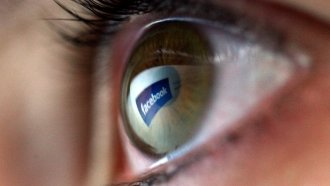 Now that the petition has the required number of signatures, the White House has 60 days to respond.