To Some In France, The First Lady's Role Should Remain Unofficial 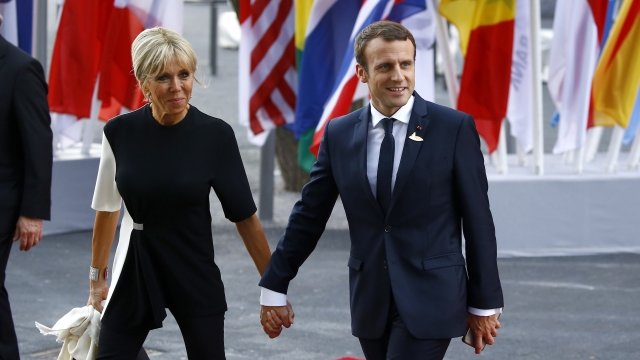 SMS
To Some In France, The First Lady's Role Should Remain Unofficial

By Jake Jones
August 7, 2017
As of Monday afternoon, a petition to keep French President Emmanuel Macron from creating an official "first lady" had more than 250,000 signatures.
SHOW TRANSCRIPT

Some French citizens want to block President Emmanuel Macron from creating an official role for his wife, Brigitte.

During his campaign, Macron said he wanted to define the role of first lady — something that's not outlined in France's constitution. He also said he would not use public funds for the first lady role.

But a French petition alleges an official role would require more money.

The petition reads: "Brigitte Macron currently has a team of two to three collaborators, as well as two secretaries and two security guards, and that is enough."

French presidents' spouses are allotted an office in the Elysée Palace, security guards and a small staff. That's estimated to cost around a half a million U.S. dollars, or €450,000, a year. 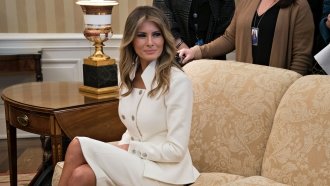 The author of the petition argued making Brigitte Macron's role an official one would come with additional costs to taxpayers, including more security and a larger staff.

Now, it's unclear how unpopular the idea of an official first lady actually is. By Monday afternoon, the petition had over 250,000 signatures; France has a population of more than 60 million.

But it comes as France prepares to block members of Parliament and other government officials from employing their family members.

The petition urges the decision be put to a referendum.