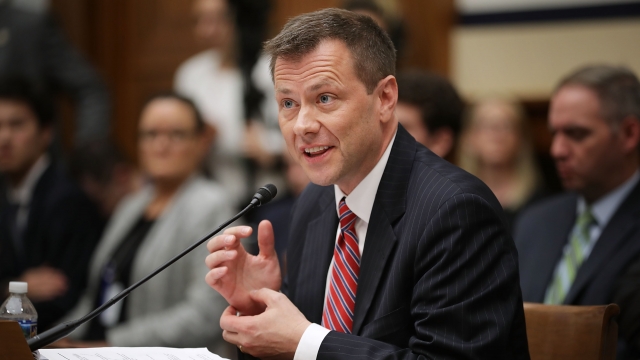 A former FBI agent who was removed from the Mueller investigation after exchanging anti-Trump text messages says the FBI and Justice Department violated his rights to free speech and privacy.

Peter Strzok is suing the DOJ for alleged wrongful termination. He entered a new court filing in a D.C. district court Monday, not long after the DOJ asked for his suit to be dismissed.

Strzok was removed from the Russia probe after an internal investigation revealed text messages criticizing Donald Trump between him and former FBI lawyer Lisa Page. Both of them have sued the FBI and DOJ. Strzok argues he was fired because of political pressure from President Trump.

But the DOJ argues Strzok's role in Robert Mueller's Russia investigation "imposed on him a higher burden of caution with respect to his speech." It also says he should have never expected that his messages were private since he sent them on an FBI-issued phone. But Strzok's legal team says his speech and privacy were still protected.

Strozk and Page also allege the DOJ's decision to release their text messages to the media was unlawful.