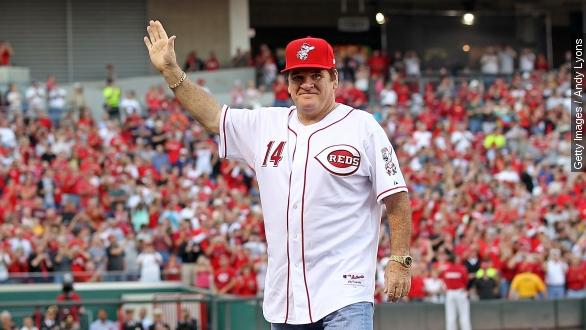 It's been more than 25 years and Pete Rose is still in baseball purgatory. Now, he's attempting to make a comeback.

Fox announced late Saturday that Rose would be joining the network as a "guest analyst" for a variety of its MLB coverage shows.

While Pete Rose isn't well-known quite yet for his on-camera presence and analysis, he certainly hasn't shied away from the bright lights and public attention in years past. He's done countless interviews, mainly focusing on his lifetime ban from the MLB for betting on baseball. (Video via CNN)

"So the blanket statement 'he will never be reinstated' is unfair," ESPN's Karl Ravech asked.

"I think it's unfair for any commissioner to make a blanket statement like that given that the individual always has the right to make an application to return," Manfred said.

This comes after previous commissioners, Fay Vincent and Bud Selig, have openly and vehemently denied letting Rose back into the game.

The network knows hiring Rose is controversial and even alerted MLB, a partner of Fox, before signing Rose.

"Fox informed baseball of Rose's audition and then that he was signing a contract. The way the network sees it, Rose can be a compelling on-air presence. That is why he was hired," Fox Sports' Ken Rosenthal said.

Media personalities seemed to welcome in Rose though as Fox's announcement got general praise from several within the industry.

The announcement, for what it's worth, also mentioned how much Rose enjoys TNT's "Inside The NBA." How Charles Barkley-esque Pete Rose can be is to be determined.