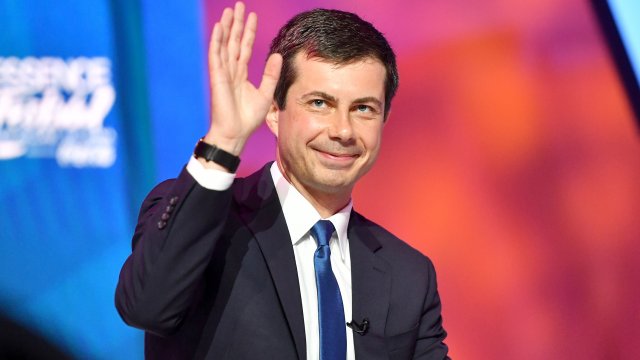 The South Bend, Indiana, mayor's plan is geared toward working- and middle-class Americans.

Democratic presidential hopeful Pete Buttigieg has unveiled a new economic plan that would pour more than $1 trillion into affordable housing, education and child care over the next 10 years.

On Friday, the South Bend, Indiana, mayor released the details of the plan, which is geared toward working- and middle-class Americans.

It would put $430 billion toward helping over 7 million families access affordable housing. That includes building or restoring 2 million units for the lowest-income families.

The plan would also invest $700 billion in "affordable, universal, high-quality, and full-day early learning, as well as outside-of-school learning opportunities in K-12 education."

Buttigieg says early learning and care for infants and children up to 5 years old would be free for low-income families and "affordable for all."

The plan reads, in part, "Our government can, and should, play a role in setting a level playing field that gives all Americans a chance to succeed."

Buttigieg is currently polling in fourth place for the Democratic nomination. But as Forbes notes, policies such as this one and his so-called "Medicare for all who want it" plan, are relatively moderate compared to some of his opponents'. That could help him gain ground on more liberal candidates like Sens. Elizabeth Warren and Bernie Sanders.