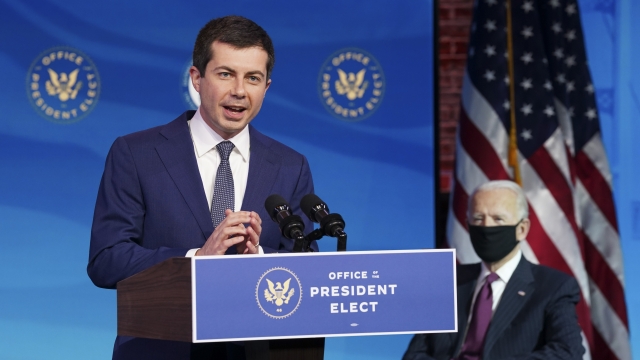 If confirmed, the former Mayor of South Bend, Indiana would be the first openly gay Cabinet secretary approved by the Senate.

Buttigieg said: "Americans expect us to see to it that the idea of an infrastructure week is associated with results and never again a media punch line."

The former mayor of South Bend, Indiana built a national profile while running for president this year. He would eventually drop out and endorse Biden.

On Twitter, the president-elect said he's picking Buttigieg for the role because "he's equipped to take on the challenges at the intersection of jobs, infrastructure, equity, and climate."

If confirmed, the 38-year-old military veteran would become the first openly gay Cabinet secretary approved by the Senate.