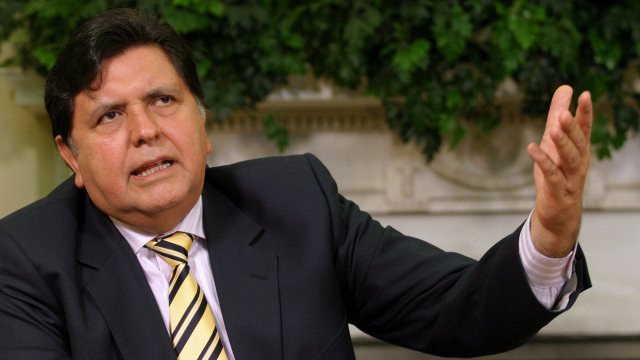 The former president of Peru, Alan García, died from a self-inflicted gunshot wound on Wednesday as police were preparing to arrest him.

He was under investigation for allegedly taking bribes and laundering money. That investigation was part of a larger corruption scandal that has involved several former Latin American leaders. Police were in the middle of executing an arrest warrant for García at his home when he went to his bedroom and shot himself.

According to the country's health minister, García was taken to a hospital and resuscitated three times, but doctors were ultimately unable to save him.

Peru's current president, Martín Vizcarra, confirmed the news in a tweet, saying, "Devastated by the death of former President Alan García, I send my condolences to his family and loved ones."