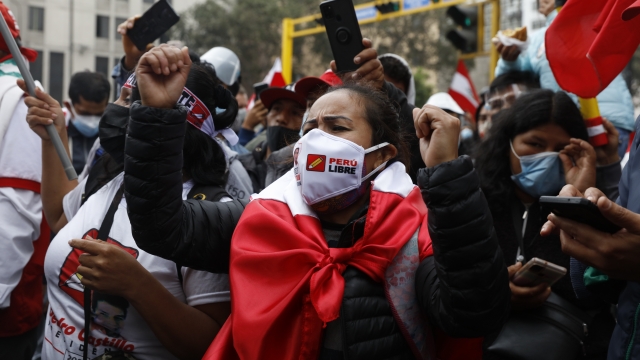 Peru is also in the middle of elections and we're learning this morning the presidential race may be too close to call.

The country's right-wing candidate, Keiko Fujimori, has a small lead with 42% of the vote counted.

Voter turnout was tallied at 77%.

Peru has been dealing with political instability over the last several years. The current interim president is the country's fourth president in less than five years.