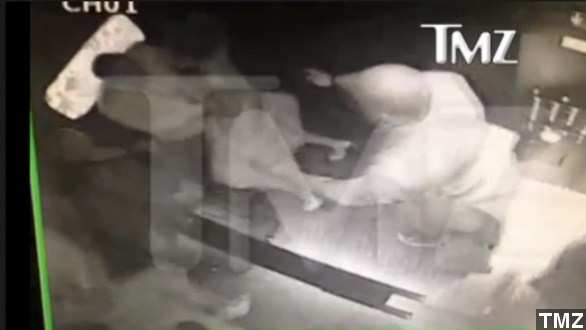 By Christine Slusser
May 15, 2014
The Standard Hotel has fired the employee responsible for recording surveillance video of an altercation between Solange and Jay Z, and may prosecute.
SHOW TRANSCRIPT

So you've probably seen that video of Beyonce's sister, Solange Knowles, attacking Jay Z. Now, the person responsible for leaking the tape to the public has reportedly been fired.

E! reports The Standard Hotel, where the violent elevator footage was taken, has identified and fired the employee who it says recorded the surveillance video off its monitor.

TMZ posted the video, and in it you can see a clear altercation between a woman presumed to be Solange and a man thought to be Jay Z, with a bodyguard standing in between them.

The hotel did not name the now former employee, but Gossip Cop reports the company did promise to give criminal authorities information, "paving the way for potential prosecution."

It all allegedly happened at a Met Gala after-party last week.

But since news of the fight broke, there's been virtual silence from both Solange and Jay Z. Beyonce has been posting photos of her and sister on Instagram, but that's all we've gotten so far.