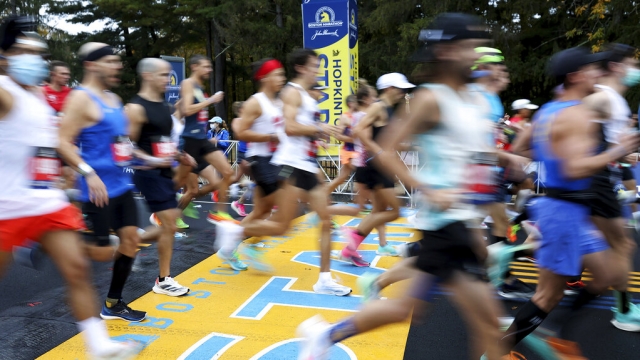 The daffodils have sprouted, the fall foliage has all been raked away, and the Boston Marathon is back in the spring where it belongs.

The world's most prestigious marathon will return to the streets from Hopkinton to Copley Square on Monday, three years after the last Patriots Day race and six months after its 125th edition was delayed, canceled and delayed again by the COVID-19 pandemic.

"We went for a run this morning and I was like, 'OK, this is what it's supposed to be. This feels normal,'" 2018 winner Des Linden said last week. "The energy feels right back where we left off. So that was a nice reminder."

After a smaller and socially distanced field ran in October, more than 28,000 runners have signed up for Monday's 26.2-mile slog, including 11 former champions and what could be the fastest field ever.

Also moving quickly: Organizers who had 30 months between the 2019 and '21 events and then just 139 days since the only fall race in Boston Marathon history.

Monday's forecast calls for temperatures in the 50s with no rain, and only the possibility of a slight headwind late in the afternoon for the stragglers.

The women’s field is one of the strongest ever in Boston, with reigning Olympic gold medalist Peres Jepchirchir, London and New York winner Joyciline Jepkosgei, and Ethiopia’s Degitu Azimeraw all bringing personal bests under 2 hours, 18 minutes — two minutes faster than the Boston course record.

Benson Kipruto of Kenya is attempting to become the first back-to-back Boston champion since Robert Kipkoech Cheruiyot won three straight from 2006-08. Eight others have shown the speed to beat him, including Boston winners Lawrence Cherono (2019), Lemi Berhanu (’16) and Lelisa Desisa (’13, ’15).

Colin Bennie, of Princeton, Massachusetts, and CJ Albertson, or Fresno, California, are back after finishing in the top 10 in October. 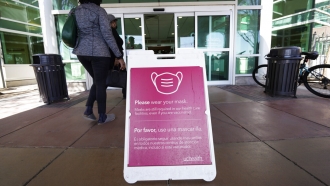 In October, participants were required to be vaccinated, tested, and masked whenever indoors. The race cut its field by more than one-third, and a rolling start was instituted to allow for social distancing on the course and in Hopkinton.

Six months later, vaccinations (or an exemption) are required, but testing is optional. Masks are required on the buses that take athletes to the start, but the state's indoor mandate has been lifted. 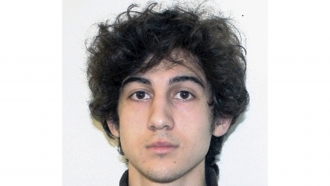 The shooting on the New York City subway last week had Boston authorities redoubling their efforts to provide a safe environment for the athletes and fans on Patriots Day.

Nine years after the attacks at the marathon finish line that killed three people and injured hundreds more, a New York man shot 10 people in a Brooklyn subway car. Frank James, 62, was arrested the next day and is being held without bail.

Authorities say there was no evidence linking James to a larger terror plot. At a Boston Marathon public safety briefing last week, local, state and federal officials said they were ready.

“It’s all hands on deck for these major events,” MBTA Police Chief Kenneth Green said. “But every day, every regular day we’re prepared. We’re out there. We’re vigilant. We’re at work, and we’re visible. You don’t have the luxury to relax because any individual got caught on the subway somewhere else.” 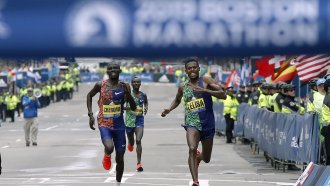 Residents or citizens of Ukraine who were registered for the race were offered a refund or deferral to a future race if they could not or did not want to run this year.

“Whatever they want to do, they can do,” Grilk said. “Run this year, run next year. You want a puppy, whatever. There is no group we want to be more helpful to.”

There were 44 Ukrainian citizens in the field, seven of them living abroad.

However, residents of Russia and Belarus have been told they are not welcome. Citizens of the two countries living abroad remained eligible to run, but they cannot display their national flags or emblems.