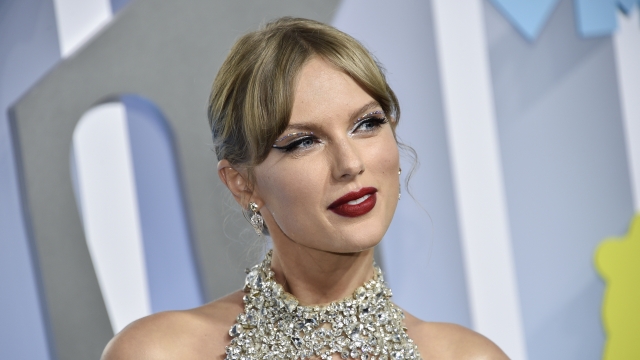 Swift's new album, "Midnights," came out Oct. 21 with both a 13-track standard release and a deluxe version with another seven bonus tracks.

Taylor Swift scored a 10 out of 10 as she became the first artist in history to claim the top 10 slots of the Billboard Hot 100 chart with tracks from her new record "Midnights."

Billboard reported Monday that Swift surpassed Drake, who had held the previous record with nine of the top 10 songs for a week in September 2021.

The new album came out Oct. 21 with both a 13-track standard release and a deluxe version with another seven bonus tracks. It has had one of the biggest album launches in nearly seven years. Billboard also reported that Swift now ties with Barbra Streisand for the female artist with the most No. 1 albums.

The No. 1 spot belongs to "Anti-Hero," whose lyrics "It's me/hi/I'm the problem/It's me" have quickly become a TikTok trend. The other top 10 songs include "Lavender Haze," "Maroon," "Snow on the Beach," "Midnight Rain," "Bejeweled" and "Question...?"