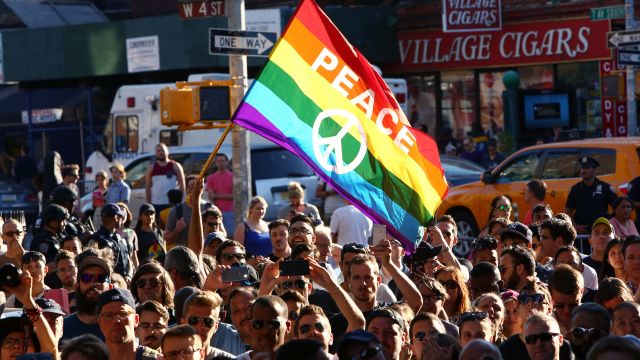 SMS
Per Capita, Hate Crimes Hit The LGBTQ Community Hardest
By Jamal Andress
By Jamal Andress
June 13, 2016
While the LGBTQ community only makes up 2 percent of the population, hate crimes are overwhelmingly targeted at the group.
SHOW TRANSCRIPT

Between 1995 and 2008, nearly 17.4 percent of all hate crimes in the U.S. were aimed at the LGBTQ community. Just 2.1 percent of the population self-identified as LGBTQ.

That community is twice as likely as Jews or blacks to be the target of violent hate crimes.

Now, these are per-capita stats, and because the number of self-identifying LGBTQ individuals in the U.S. is relatively small, one attack can have a larger impact statistically.

But consider this: Sexual orientation and gender identity motivated roughly 20 percent of hate crimes in 2014. The only factor that accounted for more that year was race.