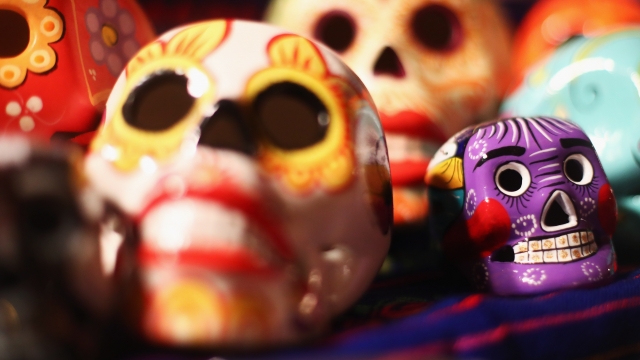 People across the U.S. are remembering the victims of the August El Paso, Texas, mass shooting through the Mexican holiday Día de los Muertos, or Day of the Dead.

On Aug. 3, 22 people were killed in an attack at an El Paso Walmart. The city's population is mostly Hispanic or Latino, and the gunman reportedly told police he targeted people he believed to be "Mexicans."

Día de los Muertos is celebrated from Oct. 31 to Nov. 2. These three days are dedicated to remembering the lives of dead loved ones. Traditionally, celebrants create altars featuring the names of the loved ones, flowers, candles and the colorful sugar skulls that are most associated with the holiday.

Since most of the El Paso attack victims were of Mexican descent, some people have decided to dedicate altars to them. The University of Texas at El Paso built an altar for them in its Special Collections Department. Claudia Rivers, the head of that department, said this year's decorations are different from previous years.

She told NBC News: "Usually we include something humorous; we include toys and dancing skeletons. But this year we didn't use much humor in the altar. ... It was a racist attack in a town that is more than 80% Latino, and we are still shaken and in mourning."

Chicago's National Museum of Mexican Art is also dedicating a special altar to the El Paso victims. The museum's president told NBC that in recent years, the altars have been dedicated to a tragedy. This year's altar includes crosses and balloons with the number 22 on them to honor the 22 victims.