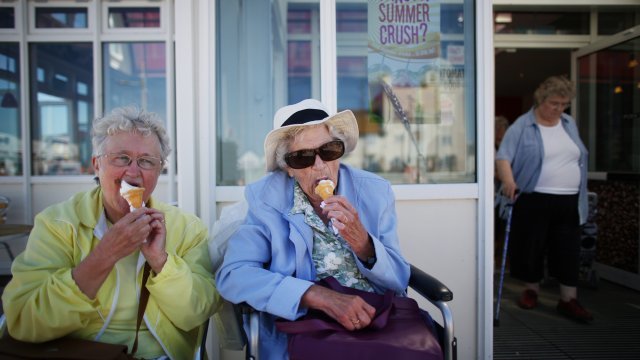 SMS
People Over 65 Soon Expected To Outnumber Children
By Gabrielle Ware
By Gabrielle Ware
March 14, 2018
The U.S. Census Bureau estimates by 2035, senior citizens will outnumber people 18 and under.
SHOW TRANSCRIPT

Soon, for the first time in U.S. history, elderly people will outnumber children, according to estimates by the Census Bureau.

In 2035, adults 65 and older are projected to outnumber people 18 and under by almost 2 million. By 2030, one in five people will be of retirement age.

The effects are expected to be wide reaching, but areas like retiree benefits, including pensions, would of course see major impacts. State and local retirement systems are already in need of about $1.6 trillion more than they have, according to Bloomberg.

There's also expected to be a push for more Social Security and Medicare funding.

And according to the U.S. Department of Labor, the labor force will shrink, meaning there will be fewer people paying taxes to fund those services.