People Around The World Are Drinking More Every Year 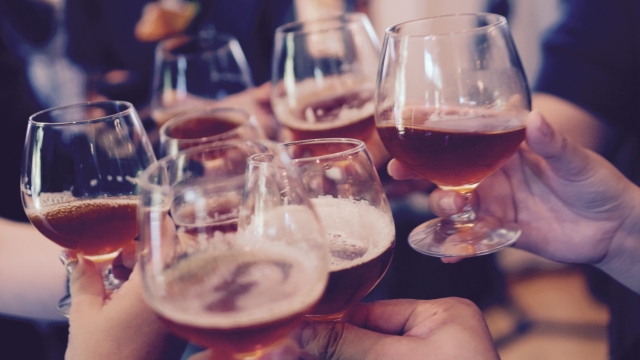 Study finds that pure alcohol levels consumed in drinks by people over 15 rose from 5.9 liters to 6.5 liters per person between 1990 and 2017.

Global alcohol consumption is on the rise, according to a study published Tuesday.

It found that between 1990 and 2017, the annual amount of pure alcohol consumed per person over 15-years-old rose from 5.9 liters to 6.5 liters. Based on standard alcohol content per beverage, that's a little over a drink per day. By 2030 that number is expected to rise to just over eight drinks a week.

Not only are we drinking more per person, but more people are drinking. Since 1990, the prevalence of drinking increased from 45 percent to 47 percent. The study estimates 50 percent of people will drink alcohol by 2030 and almost half of those drinkers will binge drink at least once a month.

And that could be a major global health problem. The World Health Organization reports that 3 million people die from harmful use of alcohol yearly, and alcohol plays a significant role in over 200 diseases.

Study authors say the increase comes from an increase of wealth around the world. The largest increases happened in India and Vietnam.