People Are Mad 'The Boss Baby' Was Nominated For An Oscar 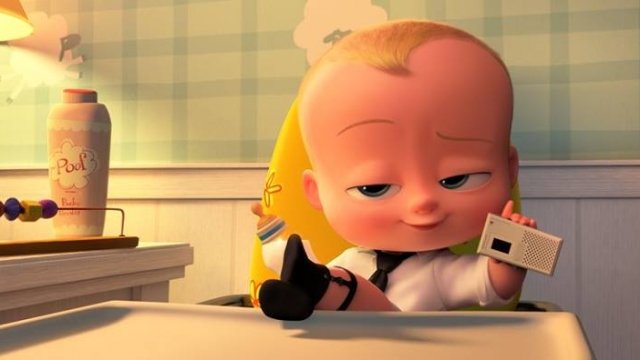 SMS
People Are Mad 'The Boss Baby' Was Nominated For An Oscar
By Casey Mendoza
By Casey Mendoza
January 23, 2018
The film has a 50 percent rating on Metacritic, and it was nominated alongside "Coco" and "Loving Vincent."
SHOW TRANSCRIPT

"The Boss Baby," that movie about a talking baby, was just nominated for an Oscar. And yeah, people aren't too thrilled about it.

Alongside films like "Coco" or "Loving Vincent," "The Boss Baby" took home a nomination for best animated feature. That's a big accomplishment for a film with a 50 percent score on Metacritic.

And while it's true the film is marketed toward kids, not adults, reviewers have skewered the film as a tired, half-hearted attempt to entertain all age groups.

As a result of the film's nomination, many people have compared the film to more critically acclaimed and successful animated movies like "The Lego Movie" or its Batman-focused follow-up. Neither of those films were nominated in the best animated feature category, a move many outlets considered major snubs.