People Are Freaking Out About This Pop-Up Decaf Coffee Store 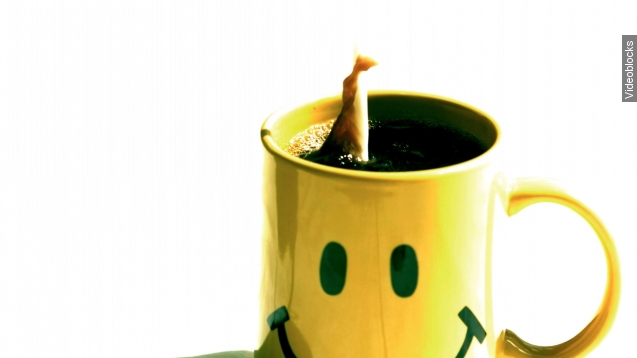 Coffee! It's one of our favorite drinks, and it makes us go a little something like:

Well, coffee company Swiss Water takes the jolt out of java without the chemicals typically used in the process. For one week, it will offer samples of its decaf coffee in a pop-up shop in New York to try to convince people that coffee without caffeine can still taste good.

Through Nov. 8, the company will let you taste coffee without the wakeup call during its event called "Art of Coffee Without Caffeine."

But is there "art" in a bunch of cranky people? Really, everyone is just up in arms because no one likes the taste of coffee, they just like the caffeine. Oh, that's just me?

"Some wondering if the company's next concept is an alcohol-free wine bar," ABC anchor Amy Robach joked.

The company says it uses a natural process that "removes caffeine from coffee beans until they are 99.9% caffeine free."

But a spokesperson told The Washington Post that Swiss Water isn't against caffeine:

"Swiss Water isn't trying to get anyone to stop drinking caffeine. ... We are trying to show people who don't drink caffeine that they can still enjoy a great tasting cup of coffee, without chemicals."

The chemical-free part is the big sell. There are several ways to decaffeinate coffee, but most of them involve using some sort of chemical, like methylene chloride, to do so.

Swiss Water does it using a process involving only water, temperature and time.

But if you're really jonesing for the caffeine, I'm pretty sure there's a Starbucks or Dunkin' Donuts around the corner.