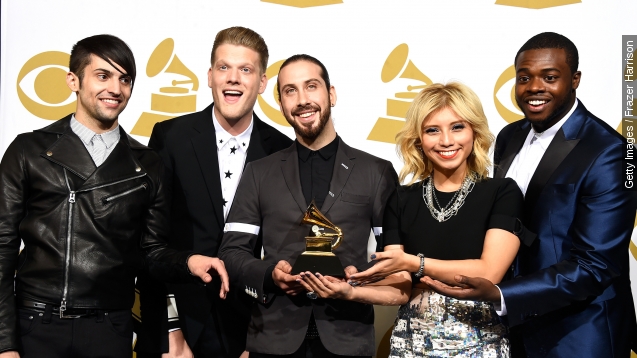 Pentatonix — making our ears ooze with delight by cranking out covers on YouTube for nearly four years.

"We always dreamed of making original music. We talked about it. We were just going with the flow. We were trying to like, get one landmark at a time. We didn't want to press anything," Pentatonix said to Billboard.

The group's dreams came true with the release of its self-titled album this month, featuring an original single called "Can't Sleep Love." And if that wasn't an accomplishment enough, the quintet debuted on the Billboard 200 with a No. 1 album.

The group even bested Demi Lovato's highly promoted new album "Confident" and beat out The Weeknd's "Beauty Behind the Madness."

According to Forbes, it's potentially the first time in history an a capella group topped the all-encompassing albums chart, sparking the question, are a capella groups a trend or a genre here to stay?

According to a 2009 article, pre-Pentatonix, there were 300 more collegiate a capella groups than there were 20 years earlier.

And then we have the "Pitch Perfect" franchise — grossing $248 million domestically with another movie already in the works.

It seems it's not necessarily a fad, but rather a longtime secretly adored sing-off that's finally being validated by album and box-office sales. And what's not cool about this process?

"We always start with a groove, because we get very inspired by that. And then we have the bass line, and then we have a background part," explained Scott Hoying on the construction of Pentatonix spectacular.

The Grammy-winning singers seem to be enjoying their moment atop the charts — tweeting out they "can't believe it" and giving life to the hashtag #PTXGoesNumber1.