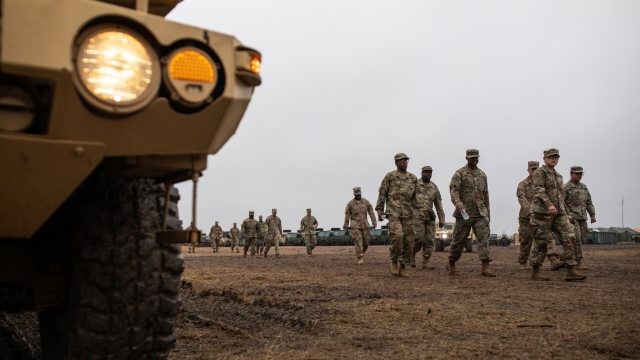 The Pentagon will evaluate whether the number of U.S. military troops deployed at the southern border is legal, yielding to requests from Congress members.

On Tuesday, acting Inspector General for the Department of Defense, Glenn Fine, sent a memo to military officials at the Pentagon detailing the reason for the review. Fine asked all the officials to provide information about the training of military personnel at the border, what military personnel do to improve operations at the border and the amount of funding being used to keep them there, among other things.

Troops have been deployed to the southern border since 2018, and they currently number around 6,500. That includes active military personnel and the National Guard. Rep. Raul Grijalva has said the Trump administration uses troops as "pawns in the President's unnecessary and dangerous anti-immigrant political agenda."

One of the concerns raised about the deployment of troops at the border is the fact that there are border patrol agents and other law enforcement already there, and lines may be crossed. Initially, troops were not allowed to engage with migrants, but exceptions have been made.

The evaluation will also look into the cost of deploying troops. It's been estimated at around $130 million, which the military never budgeted before deployments started.

Fine said the department will conduct the investigation as "expeditiously as possible."