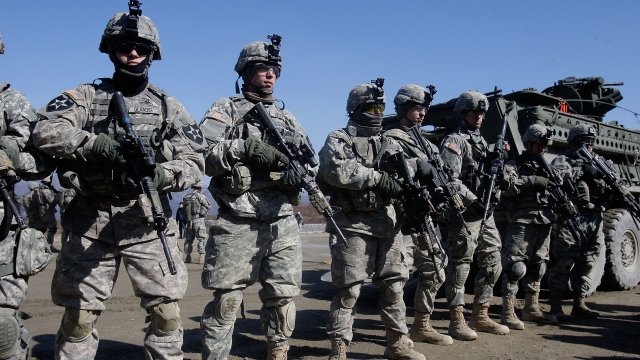 SMS
Pentagon Supports Diplomacy In North Korea But Weighs Other Options
By Ryan Biek
By Ryan Biek
November 5, 2017
Two congressmen recently asked the Pentagon what kind of casualties it could expect if a military conflict erupted with North Korea.
SHOW TRANSCRIPT

The U.S. military says when it comes to North Korea, it "fully supports" diplomacy. But that doesn't mean it hasn't considered its options.

To be clear, many analysts believe if there were a military conflict against North Korea, the U.S. and South Korea would win within a matter of weeks. The question, though, is at what cost?

Looking for an answer, two congressmen recently asked the Pentagon how many casualties it could expect if the North Korean issue came down to military action.

U.S. Navy Rear Adm. Michael J. Dumont replied on the Pentagon's behalf, saying it's hard to give an estimate but that the only way to make sure North Korea's nuclear weapons program is destroyed would be a ground invasion. 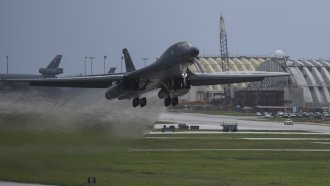 Not only would boots on the ground be more costly than say, drone strikes, Dumont added there's a chance North Korea would use chemical and biological weapons.

With that info in mind, a bipartisan group in Congress believes there are no good military options and has urged the president to "stop making provocative statements that hinder diplomatic options."

But behind the scenes, Trump may be more interested in talking than he lets on.

A nonpartisan congressional think tank recently noted when looking at White House statements as a whole, it appears "a mixture of economic pressure and diplomacy remain the [Trump administration's] preferred policy tools."