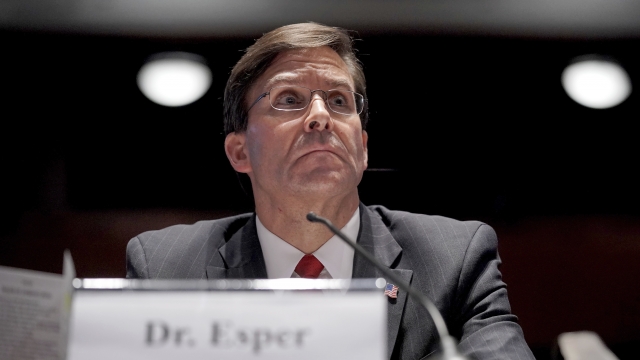 A new required training course for Pentagon employees refers to journalists and protesters as "adversaries."

The online course is supposed to teach Defense Department personnel how to prevent leaks and protect sensitive information.

The training materials creates a hypothetical scenario where journalists and "anti-government protesters" find out about a secret military mission due to a leak and arrive to cover and protest it. The course says these adversaries are trying to find vulnerabilities that can be "exploited" for their benefit.

The Pentagon's new course comes after a tense two months of protests have seen use of force against demonstrators. A number of journalists have been injured or arrested by authorities while covering the unrest.

"Who are you essential to? Get back! Get out of my face!"

The Pentagon defended the labeling of "adversaries" to Politico, calling it a "generic term for a person or group that opposes ones tactical goals."

A spokesman said, "Attempting to read more into the use of the term obfuscates the clear purpose of the training: to prevent information from falling into unauthorized hands regardless of its potential use."

Defense Secretary Mark Esper has directed all personnel to take the course in the next 60 days.