Pentagon To Double U.S. Troops In Iraq, But Why Now? 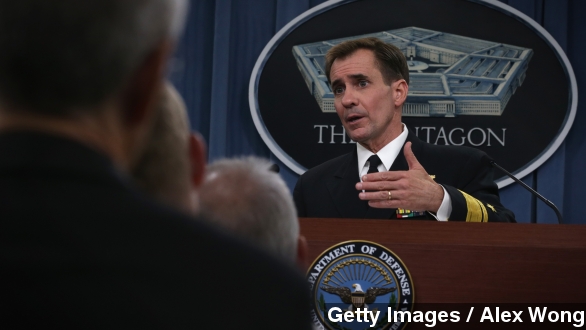 SMS
Pentagon To Double U.S. Troops In Iraq, But Why Now?
By Christian Bryant
By Christian Bryant
November 7, 2014
The Pentagon announced plans Friday to soon deploy 1,500 troops to Iraq to help battle ISIS, but some critics are skeptical of the timing.
SHOW TRANSCRIPT

The U.S. Department of Defense announced Friday it plans to double the number of U.S. troops in Iraq by deploying an additional 1,500 in the upcoming months. (Video via U.S. Army)

According to a Pentagon press release, U.S. troops — in non-combat roles — will assist Iraqi forces in battling ISIS. American troops will operate two centers outside of Erbil and Baghdad, Iraq’s capital. (Video via CNN)

Along with the additional troops, the Obama administration has requested $5.6 billion from Congress to help with the deployments — at least $1.6 billion of that will be used to help train Iraqi forces. (Video via Al Jazeera)

Unsurprisingly, opinions are split on the plan, with some critics calling the move “mission creep” — especially considering President Obama’s continual pledge to keep troops out of the country.

But a big question raised Friday: why now? The Pentagon release said Defense Secretary Chuck Hagel recommended the plan to President Obama because of requests for aid from the Iraqi government.

Rear Admiral John Kirby added that Iraqi forces had also “demonstrated a willingness” to fight and there was no political angle to the timing.

That’s Kirby’s reference to Tuesday’s midterm elections. He did not say when the Iraqi government made those requests for additional help.

Kirby said the new training could take six to seven months once it begins. A formal request has not yet been given to Congress, but NPR cites White House officials who said they expect the funding to be approved before the recently elected members of Congress take office.