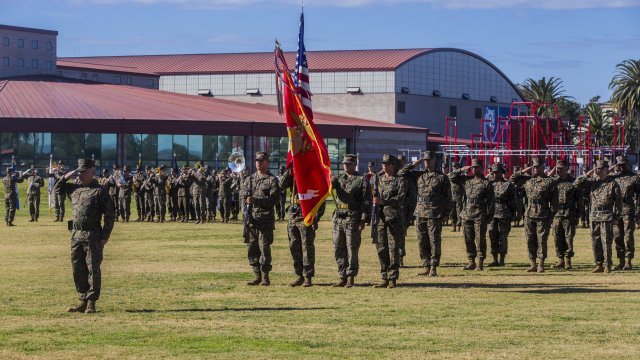 SMS
Pentagon To Begin Removing Service Members Deemed Unfit To Deploy
By Jake Jones
By Jake Jones
February 15, 2018
An official told Congress around 14 percent, or about 286,000 service members, have been undeployable for a year or longer.
SHOW TRANSCRIPT

The military can now start removing service members that have been deemed unable to deploy.

Military services have until October to begin separating from service members who have been considered non-deployable for 12 months or more.

An official told Congress around 14 percent, or about 286,000 service members, fall into that category. That could be due to an injury, mental health concerns, legal issues or simply being out of shape. Exceptions will be made for women who are or were recently pregnant or any service member wounded or injured through their duty operations.

Service members can take steps to reverse those shortcomings and, with a doctor's approval, return to being deployable.