What We Know About The Strikes In Syria 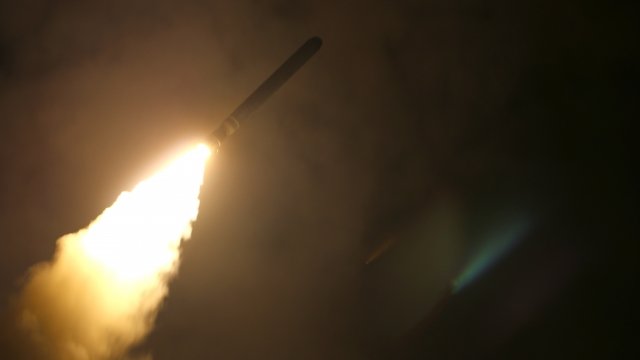 SMS
What We Know About The Strikes In Syria
By Jake Jones
By Jake Jones
April 14, 2018
Pentagon officials say the strikes were successful. Officials also said Russia, an ally of Syria, was told about the attack beforehand.
SHOW TRANSCRIPT

A total of 105 missiles from the U.S., the U.K. and France struck around 4 a.m. local time in Damascus. Officials said Syrian air defenses engaged toward the end of the salvo but were ineffective. Officials said all weapons hit their marks, which were three facilities that were a part of President Bashar al-Assad's chemical weapons program.

In the days before the mission, there was concern Russia's presence in Syria could spark an escalation or even direct confrontation with the U.S.

Officials said coalition forces made sure Moscow was aware of an upcoming operation but didn't give Russians specific details. The U.S.-Russia communication line, called a deconfliction channel, has been active since the strikes, officials said. They also noted no Russian units engaged coalition forces during or after the strike.

However, President Vladimir Putin has denounced the strikes, calling them an "act of aggression." Russia called an emergency United Nations Security Council meeting on the attack.