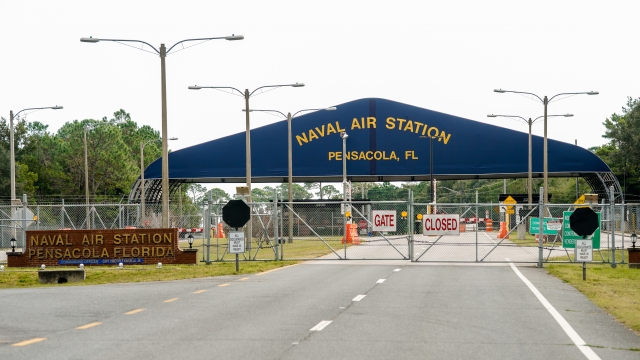 The Pentagon announced Tuesday that all 852 Saudi military students in the U.S. are indefinitely barred from operational training after a Saudi airman killed three sailors at a Pensacola, Florida, air station last week.

"Operational training" refers to training that occurs outside the classroom, such as flight instruction or firing range training. The students will still take classes in classrooms.

Defense Secretary Mark Esper directed the Defense Department on Tuesday to strengthen its process for screening foreign students. The department has 10 days to complete a formal review of current procedures.

Authorities say the gunman legally purchased the handgun he used to open fire in a classroom building before he was killed in an exchange of gunfire with police. The gunman reportedly bought the firearm through a setup that allows someone in the U.S. on a non-immigrant visa to purchase a gun. The FBI is investigating the shooting as an act of terrorism.