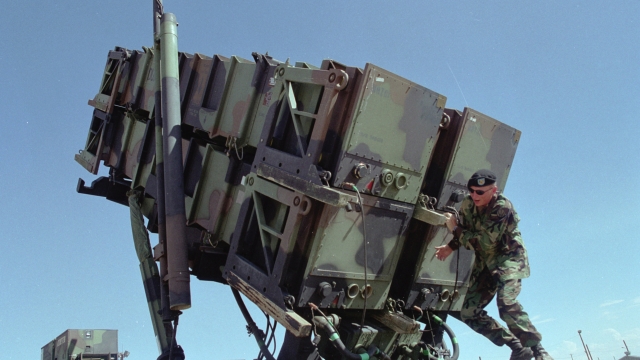 It will also deploy a Patriot missile battery and multiple radar units.

The Pentagon is going to send a Patriot missile battery and multiple radar systems to Saudi Arabia, following attacks on two major oil facilities in the country earlier this month.

The Pentagon's deployment of military equipment — and 200 support personnel to go along with it — comes across as a relatively modest response to the situation. Especially after Secretary of State Mike Pompeo initially called the attacks "an act of war" and President Donald Trump tweeted the U.S. was "locked and loaded" for retaliatory strikes.

Iranian-backed Houthi rebels in Yemen have already claimed responsibility for the attacks. But the U.S. and others believe Iran is actually the one responsible. Iran's denied the allegation.

Defense Secretary Mark Esper previously told reporters that after some deliberation the Trump administration decided to keep its military assistance "defensive in nature."

But the Pentagon could ramp up that assistance at a later date, since it said Esper already put more military hardware on "prepare to deploy" orders.