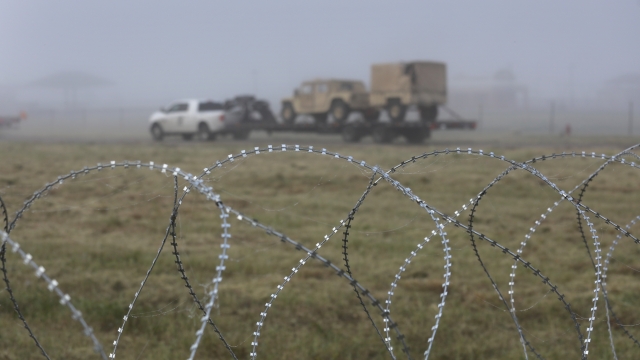 The U.S. is sending more than 2,000 troops to the U.S.-Mexico border as part of President Donald Trump's tough stance on immigration.

Defense Department spokesman Major Chris Mitchell said in a press release Wednesday that an additional 1,100 active duty troops and 1,000 Texas National Guard members will be sent to the southern border.

Acting Defense Secretary Richard Spencer approved the request Tuesday night. Active duty troops will arrive in the next several weeks to assist Customs and Border Patrol with "aerial surveillance, operational, logistical, and administrative support." National Guard troops will help "secure the southern land border of the United States" through Sept. 30, according to the Pentagon.

The Trump administration deployed thousands of active-duty troops to the border late last year in response to migrants traveling north through Mexico at the time. There are about 4,500 troops there now.

Mexico also sent thousands of its troops to the border last month after President Trump threatened tariffs on Mexican imports.