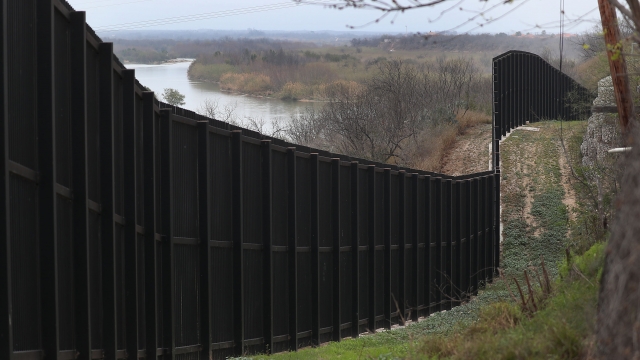 SMS
Pentagon Scouting Locations For New Barriers Along US-Mexico Border
By Katherine Biek
By Katherine Biek
March 29, 2019
The Pentagon already greenlighted a transfer of $1 billion to build 57 miles of fencing in Texas and Arizona.
SHOW TRANSCRIPT

Engineers with the Pentagon are in Texas and Arizona, scouting locations to build new barriers along the border with Mexico.

That's according to unnamed Defense Department officials, who told CNN that they expect to award contracts to builders in mid-April. Construction could start by late May.

The scouting is taking place less than a week after Pentagon announced it greenlighted a transfer of $1 billion to go toward a Department of Homeland Security request to build 57 miles of fencing in El Paso, Texas, and Yuma, Arizona. The money will also be used for road improvements and new lighting in those sectors.

Although the chairman of the House Armed Services Committee denied the transfer in a letter sent to the Pentagon Tuesday — congressional approval isn't needed.

That's because Acting Defense Secretary Patrick Shanahan authorized it under a federal law allowing the Defense Department to "to construct roads and fences and to install lighting to block drug-smuggling corridors across international boundaries."

In retaliation, congressional Democrats threatened to reduce the Pentagon's ability to transfer its funds around in the future.