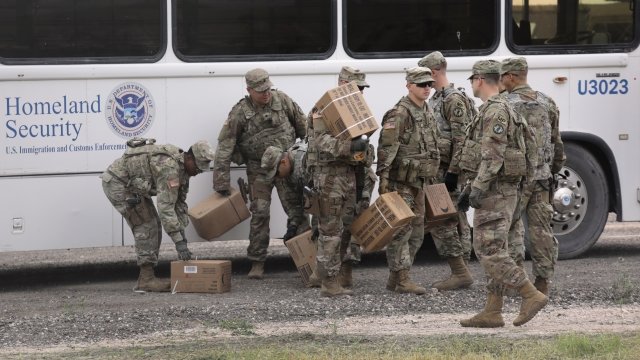 By Cristina Mutchler
November 21, 2018
On Tuesday, the Defense Department estimated the cost for troops deployed to support Customers and Border Protection at the U.S.'s southern border.
SHOW TRANSCRIPT

We're now getting an idea of how much the U.S. military's border support mission is costing.

The Pentagon estimated Tuesday that the current price tag for troops recently sent to the U.S.-Mexico border is around $72 million.

It's the first time the Department of Defense has put a firm number on the mission since 5,900 troops were first deployed to support Customs and Border Protection. That move came as a caravan of migrants traveled north through Mexico.

President Donald Trump has said he could send up to 15,000 service members to the border, prompting analysts to predict that the final cost could end up being around $200 million.

Defense Secretary Jim Mattis visited troops there last week, but said it was too early to give details about cost estimates.

Some veterans and Democratic lawmakers have criticized the deployments, calling them politically-motivated and a waste of military dollars.