Pentagon Says It's Seen A '2,000 Percent Increase In Russian Trolls' 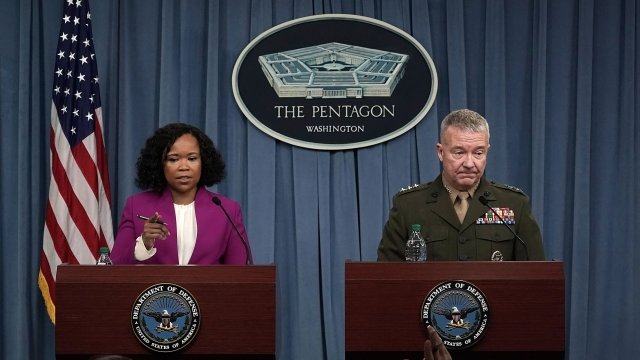 SMS
Pentagon Says It's Seen A '2,000 Percent Increase In Russian Trolls'
By Ethan Weston
By Ethan Weston
April 15, 2018
But it's not really clear what that means.
SHOW TRANSCRIPT

The Pentagon said Saturday it had seen a "2,000 percent increase in Russian trolls" since the U.S.-led strikes against Syria on Friday.

That might sound pretty scary, but the Pentagon didn't give any numbers to compare the 2,000 percent to — and context is king with statistics.

So to provide a little bit of context to the statement, here's what we do know: The New York Times reported in February the the Kremlin-linked Internet Research Agency had a staff of more than 1,000 in 2015. And back in January, Twitter identified nearly 4,000 accounts linked to the agency.

On top of that, the Defense Intelligence Agency's 2017 report on Russia's military power warned that the country had an "army of paid online commentators" aimed at manipulating stories in Russia's favor.

But in this case, it's not even clear what activity the Pentagon is referring to — it never clarified what it considers a "Russian troll," let alone how it measured their activity.