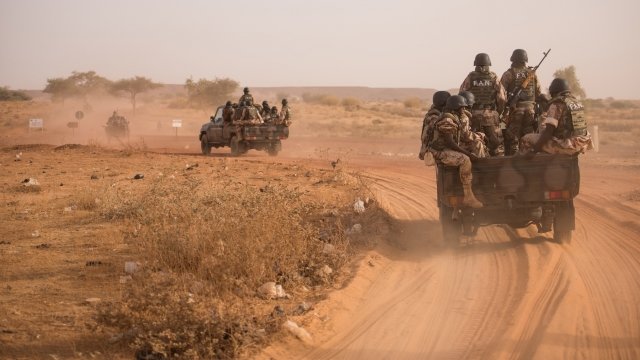 The U.S Defense Department has released a summary of its investigation into the ambush that killed four U.S. service members in Niger.

The Department of Defense has finally released an eight-page unclassified summary of its investigation of the 2017 Niger ambush that killed four U.S. service members. It also outlined changes made since the attack.

According to the executive summary, the investigation found issues across all levels of the military operation, but that "no single failure or deficiency was the sole reason for the events." The report also said the Nigerien and French units' response "without hesitation" likely saved the lives of some U.S. and Nigerien soldiers.

So let's take a step back: In October 2017, 12 U.S. troops were traveling in unarmored pickup trucks with limited weaponry. They were in the West African country of Niger as part of the U.S. counterterrorism mission for the region.

Sometime after meeting with local community leaders, they were ambushed by ISIS-affiliated fighters. French military forces provided support and evacuated the troops. Sgt. La David Johnson disappeared in the fight, and it took almost two days to recover his body.

One policy change military leaders noted during a press conference Thursday was at the time of the ambush, soldiers didn't have the option to use armored vehicles. Now soldiers can ask for them.

And you should know, the officer who oversaw the investigation works in the Africa Command — the same command that was under review. The Pentagon reportedly plans to release a redacted version of the full report eventually.