Pentagon Releases 3 Videos Of UFOs — But Why Now? 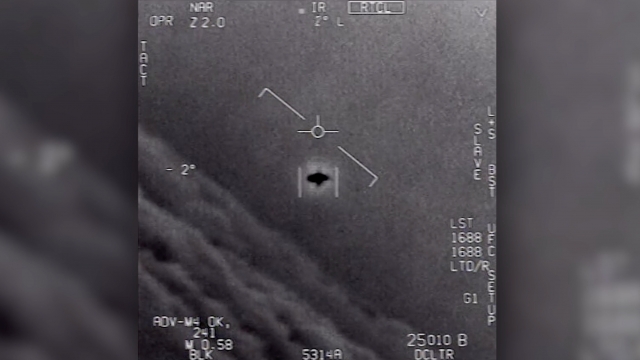 SMS
Pentagon Releases 3 Videos Of UFOs — But Why Now?
By Terace Garnier
By Terace Garnier
April 28, 2020
On Monday, the Defense Department released three videos shot in 2004 and 2015 to the public.
SHOW TRANSCRIPT

The Pentagon officially released videos of three UFO sightings to the public Monday after determining the clips did not contain classified information.

This video was captured in 2004 aboard the USS Nimitz off the West Coast of the United States.

In 2015, two more videos captured this object from aircraft aboard the USS Theodore Roosevelt.

Pentagon spokesman Sue Gough says there have been many reports of unidentified aircraft in recent years. She said, "The U.S. Navy, the U.S. Air Force, and the Department of Defense take these reports very seriously and investigate each and every report.”

According to the DOD, it's "releasing the videos in order to clear up any misconceptions ... whether or not the footage that has been circulating was real" after they were leaked to the public without authorization in 2007 and 2017.

Newsy asked many questions about the UFOs, including who or what was flying the aircraft, whether there have been more sightings and the results of the investigation. But Pentagon officials say they won’t release any further details due to all the classified information involved in military operations.