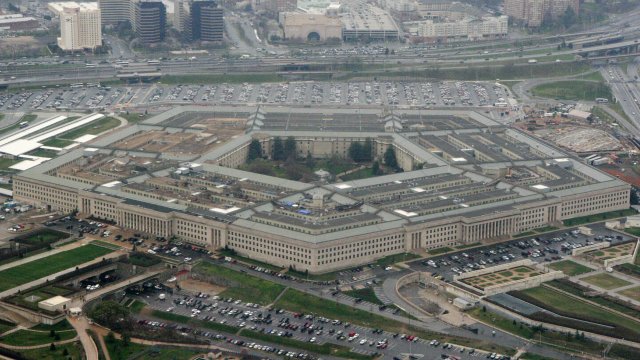 SMS
Pentagon Sides With Microsoft In $10 Billion Cloud Deal
By Alex Arger
By Alex Arger
September 5, 2020
The JEDI program had a rocky start after Amazon claimed the bidding process was flawed. It said political corruption played a part in the decision.
SHOW TRANSCRIPT

Microsoft stands to reap as much as $10 billion under a cloud computing contract with the Pentagon.

Under a deal reaffirmed Friday with the tech company, the Pentagon's Joint Enterprise Defense Infrastructure will be used to store and process classified data dealing with the U.S. military. It is intended to improve communication with soldiers on the field and use artificial intelligence to speed up war planning and tactics.

But negotiations over the JEDI project have had a rocky start. Last October, Amazon claimed the bidding process was flawed after the contract was awarded to Microsoft, leading to a legal challenge and a preliminary injunction in February that delayed the deal.

Pentagon says the Microsoft deal offers the best value for the government. But Amazon protested anew on Friday, calling the contract process "flawed, biased and politically corrupted." The company claims the process was influenced by President Trump's dislike of Amazon CEO Jeff Bezos.

A government watchdog found no evidence of interference in a review, for which the White House refused to allow witnesses.