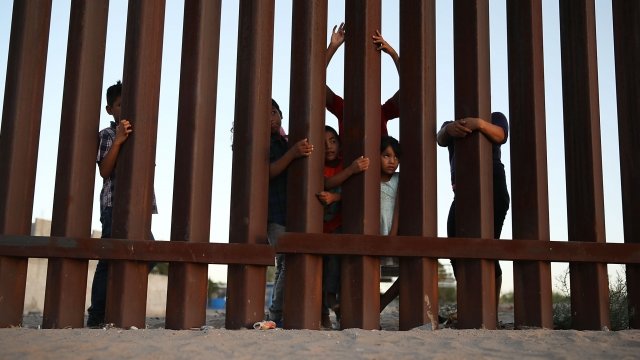 SMS
Pentagon Preparing To House Migrants On Texas Military Bases
June 25, 2018
The U.S. military is acting on a request for logistical support from the Department of Homeland Security to house migrant detainees.
SHOW TRANSCRIPT

The Pentagon is preparing two U.S. military bases in Texas to house potentially thousands of detained people accused of trying to illegally cross the southern border. They are Fort Bliss Army base in El Paso and Goodfellow Air Force Base in San Angelo.

Defense Secretary Jim Mattis says the military will provide logistical support, but the day-to-day operations will be run by outside agencies and government contractors. As of Monday, he hadn't confirmed further details.

The U.S. military is acting on a request for logistical support from DHS to house detainees, which Mattis says is appropriate for it to do.