The Pentagon Tried To Hide $125 Billion In Bureaucratic Waste 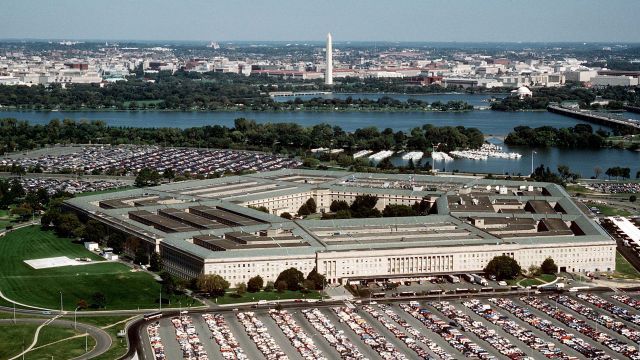 The Pentagon has been caught trying to hide an internal report that exposed $125 billion in bureaucratic waste, according to The Washington Post.

The study was done at the request of Robert O. Work, the Pentagon's second-highest official. It was carried out by the Defense Business Board, a federal advisory committee for the Department of Defense.

The report outlined a plan to make the Pentagon run more efficiently, which would save the Department of Defense $125 billion over five years. No layoffs or cutbacks to military personnel would have been necessary.

But with that much wasteful spending on display, top officials worried the president and Congress would take the opportunity to cut funding — something the Pentagon has fought for years.

The report was scrubbed from the Pentagon's website, and its data was hidden behind security restrictions.

Work, the deputy defense secretary, told the Post the report underestimated the difficulty of implementing the proposal, calling its $125 billion estimate "unrealistic." The Pentagon is already moving forward with a less ambitious plan to save $30 billion by 2020.