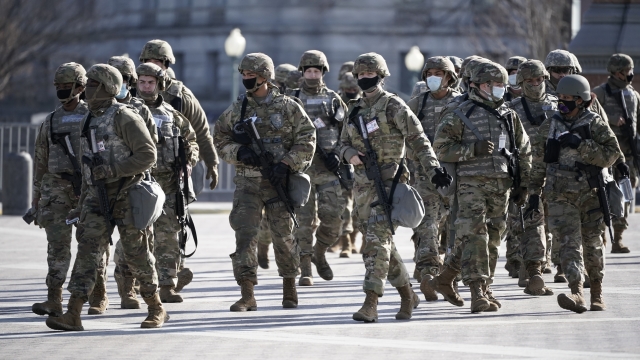 The acting Pentagon chief says there's no of indication of an inside threat related to the inauguration.

More than 25,000 National Guard troops have been vetted by the Pentagon with the help of the FBI. Officials say looking into the troops during a large event like this is normal.

The Washington Post reported earlier this week that potential attackers had discussed posing as National Guardsmen, so the U.S. Army is teaming up with the FBI to see if any members need additional screening.