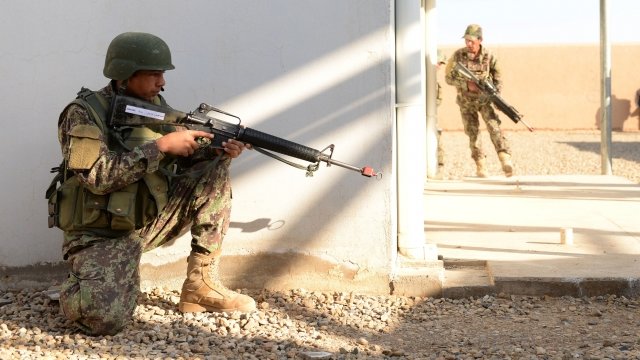 The U.S. Department of Defense spent millions of dollars over the past decade outfitting Afghan soldiers in uniforms that don't make a whole lot of sense.

That's because the uniforms feature a "forest camouflage pattern" — a peculiar choice since there aren't many woodland areas in Afghanistan. In fact, it features a mostly dry climate.

A report by the Special Inspector General for Afghanistan Reconstruction says the uniform "may be inappropriate."

The U.S. provides uniforms, equipment and supplies to Afghanistan through the Afghanistan Security Forces Fund, which was created in 2005.

The watchdog report says the U.S. spent almost $94 million between November 2008 and January 2017 procuring the forest camouflage uniforms for the Afghan National Army.

The U.S. government doesn't own the forest pattern, so it had to pay a licensing fee to an outside company to use it. The report determined the U.S. could have saved up to $28 million if it had chosen a nonproprietary pattern. 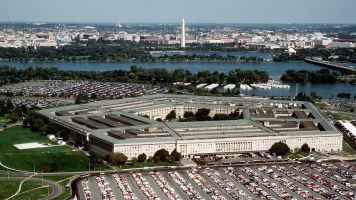 The Pentagon Tried To Hide $125 Billion In Bureaucratic Waste

The Afghan Ministry of Defense chose the forest pattern, but the report criticized the U.S. for not "conducting any formal testing or evaluation to determine the pattern's effectiveness" before purchasing the uniforms.

Chairman of the Senate Judiciary Committee Sen. Chuck Grassley called the report "embarrassing" and said, "Those who wasted money on the wrong camouflage uniforms seem to have lost sight of their common sense."

In response to the report, the Pentagon is going to conduct a "cost-benefit analysis" to see if there's a more environmentally suitable and less costly option for the Afghan National Army uniforms.