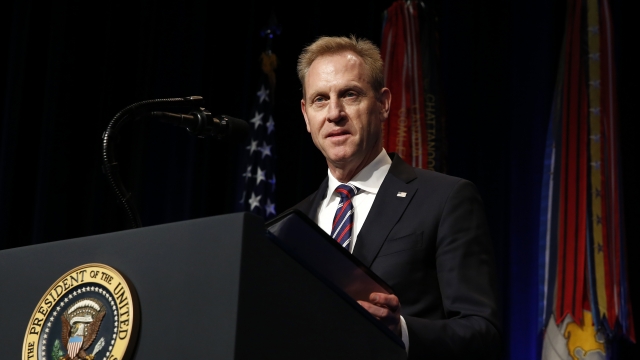 SMS
Pentagon Set To Expand The Role Of US Troops At The Southern Border
By Alec Larson
By Alec Larson
April 26, 2019
The Department of Homeland Security says it needs military lawyers, drivers and support personnel to help with the influx of migrants at the border.
SHOW TRANSCRIPT

The Pentagon is expected to approve a DHS request for additional troops at the U.S-Mexico border, according to the Washington Post. The DHS says it needs military lawyers, drivers, and support personnel to help with the influx of migrants at the border.

But in order for troops to fulfill those roles, the Pentagon has to approve a series of rule changes that would allow certain personnel to have a greater level of interaction with migrants who enter the U.S. The military has a longstanding policy that prohibits troops from coming into contact with migrants unless there is an emergency.

The request now awaits the signature of Acting Defense Secretary Patrick Shanahan. According to The Washington Post, Defense Department officials recommended that Shanahan approve the request.

Pentagon documents obtained by the Post say the expanded military aid at the border would cost nearly $22 million through the end of the fiscal year.

There are currently 2,900 active troops and 2,000 National Guard troops stationed at the border.