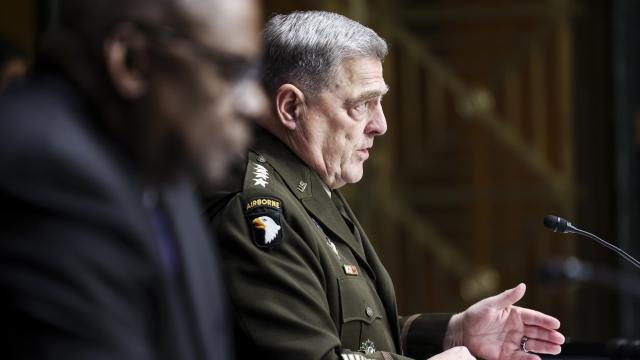 They pushed back on accusations by Republican lawmakers that the effort is creating division.

During a House hearing, Congressman Matt Gaetz said he was told by military members that required group discussions about extremism were counterproductive.

Defense Secretary Lloyd Austin said the Pentagon doesn't teach critical race theory and said he'd received positive feedback from those who had the opportunity to discuss extremism with colleagues.

Chairman of the Joint Chiefs of Staff Mark Milley also pushed back.

"So, what is wrong with understanding having some situational understanding about the country for which we are here to defend," he asked. "And I personally find it offensive that we are accusing the United States military – our general officers, our commission non-commissioned officers – of being, quote, 'woke' or something else because we're studying some theories that are out there."

West Point doesn't specifically offer a class on White rage or critical race theory but it does offer one that looks at the politics of race.