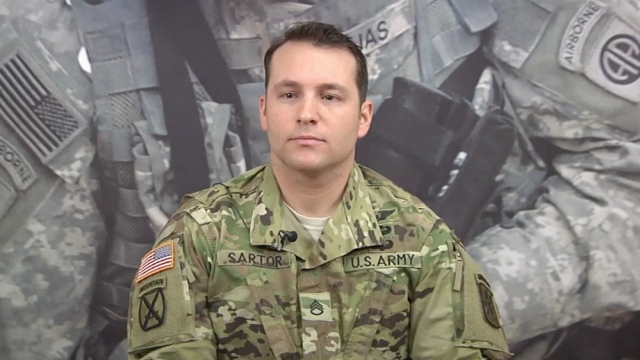 The Defense Department identified an American soldier killed in action in Afghanistan on Saturday as Sgt. Maj. James "Ryan" Sartor.

The department said Sartor died from "injuries sustained from enemy small arms fire during combat operations." He was 40 and was from Teague, Texas. The Taliban has claimed responsibility.

About 14,000 U.S. troops are stationed in Afghanistan. Most of them are there as part of a NATO mission — Resolute Support — which is focused on training, advising and assisting Afghan forces fighting the Taliban.

In recent weeks, the U.S. has been holding peace talks with the Taliban to try to end the Afghan war. According to The New York Times, this casualty brings the total number of American troops killed to 2,430 since 2001. It is the first reported U.S. combat death since two special forces soldiers were killed in June.