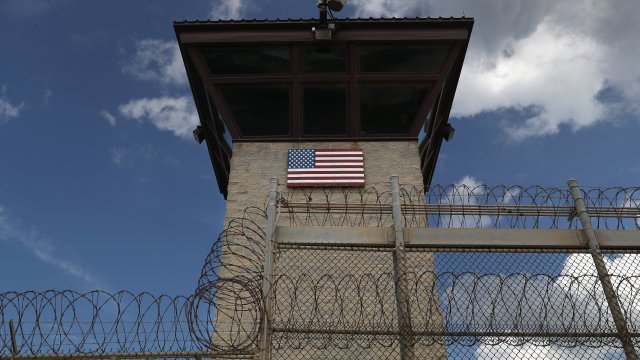 A Pentagon official says the changes apply to those captured in battle and provide guidance on detainees who present a continuing and specific threat to U.S. security.

This happened one day after a deadline set by President Donald Trump in a January executive order that requested the new policies. That executive order also rescinded one by former President Barack Obama to close the military prison.

Defense Secretary Jim Mattis says so far U.S.-backed Syrian forces have captured more than 400 foreign nationals accused of fighting for ISIS. While it appears these fighters *could be sent to Guantanamo Bay, Mattis says it would be complicated — mainly because some have been stripped of citizenship in their home countries.