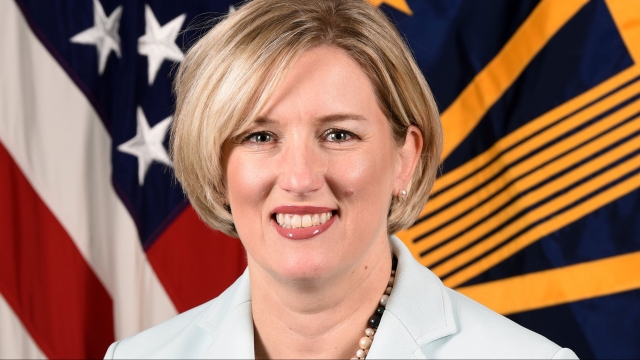 The Pentagon has removed Jennifer Santos, the official in charge of Defense Production Act efforts to increase production of masks and other equipment to combat the coronavirus pandemic.

Santos was the deputy assistant secretary of defense for industrial policy. She took the job in June 2019 after her predecessor was tapped for a different position. Pentagon spokesman Lt. Col. Mike Andrews confirmed the news in a statement Thursday and said Santos is taking a position in the Navy. Andrews didn't say why she was fired, but an unnamed official told CNN the decision didn't come from her immediate supervisor and instead came from "the White House and interagency."

The Trump administration first resisted but later invoked the DPA, which dates back to the Korean War, to compel General Motors to produce ventilators.

Sen. Bernie Sanders and Rep. Ro Khanna issued a joint statement Thursday in response to Santos' firing, saying: "It has long been clear that the Trump administration is failing to utilize the full powers of the federal government, including the Defense Production Act, to ensure that we manufacture the protective gear, tests, and medical equipment that our doctors, nurses, and frontline workers desperately need."

They've introduced legislation to put more funding toward the DPA.